Yes, it's my birthday today! ... and I'm doing a birthday meme on my blog to celebrate it! Haha. Well, I thought this will be a great way to share with you a little of my emotional side - or the me, when I'm not a glutton. :P This is also possibly the longest non-food related post I've ever written! :D 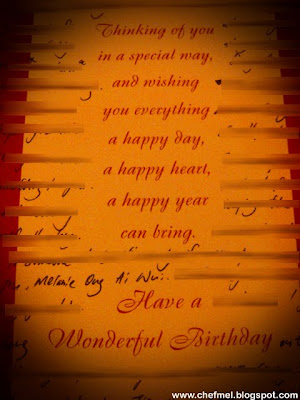 1. Was being 22 good for you?
I would say it's a balance of good and bad. I completed a number of things. I graduated, I fulfilled one of my wish of being in a flight simulator, I effortlessly(no diet shit) lose 10 kg, discovered the goodness of shisha (God sent! lol) and I met a guy that left a huge impact in my life.

The bad part? Screwing up an interview, met a bitchy boss, put on 2kg after losing 10 kg (haha!) and I bid goodbye to the same guy that impacted me.

2. What was your favorite moment when you were 22?
It was my four months in Penang. I can still recall how happy I was. Not that I don't love Kuching (I do, very much!) but Penang gave me a feeling i couldn't explain in words. I did not live lavishly - just a medium sized apartment without air condition, no car and was constantly short of cash. But for once, I felt my mind and soul were entirely at ease. It was as though as I have lived in Penang my whole life. 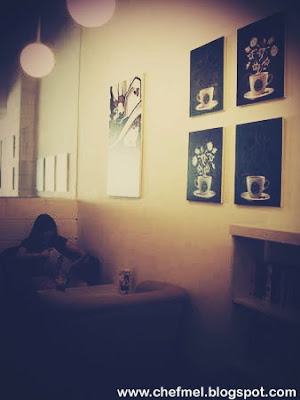 3. What was your least favorite moment of the year?
Bidding goodbye to a friend I really, really care. It was bitter but somewhat a relieve because it was at a point where the only thing more unthinkable than leaving was staying; the only thing more impossible than staying was leaving (Elizabeth Gilbert, 2006). However, that doesn't mean I stopped to care. I still care, I always have and I always will. 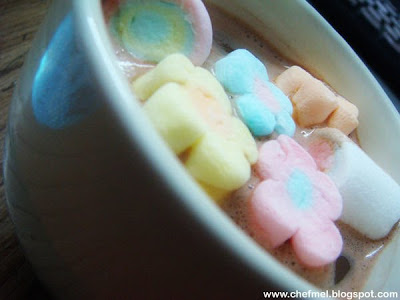 4. What are your plans now that you are 23?
Drawing a clearer career path for myself, play less safe and living my life to the fullest!

5. What date will remain etched in your memory?
19 October. It was when I realized sometimes solutions aren't so simple. Sometimes goodbye's the only way. 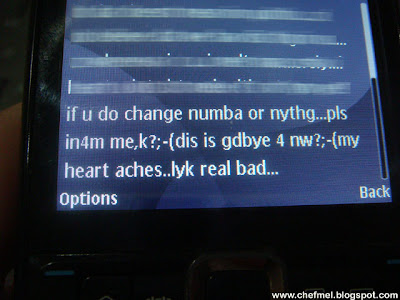 6. What was your biggest achievement of the year?
Completing my degree. 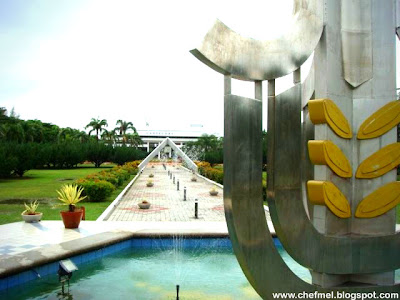 7. What was your biggest failure?
Embarrassingly screwing up an interview with Malaysia's top 10 company. (based on year 2010's list) I was sleepless for three nights prior to the interview (had other commitments) and by the time I reached the office I was breathless, tired and brain dead.

8. Did you suffer any illness or injury?
I did! I got stung by a huge ant while working for a trade fair. My feet was swollen to two size for about a week and it was crazy itchy. I don't think I actually fell ill though. The funny thing was during the first month of my internship, I was really depressed. I hated the job and I wanted to be sick so I could escape. I walloped all sorts of "heaty food" including this really yucky thick peanut cream but still never got sick!

9. What was the best thing you bought?
There were a few : Lois Jeans, Hush Puppies Slack and Roxy Leather Belt.

10. Whose behaviour made you appalled and depressed?
My ex director! haha! She totally redefine the meaning of wicked.

11. Where did most of your money go?
My gastronomic food adventures and clothes. P/s : I'm 10 kg fatter when pictured side ways. Lol. 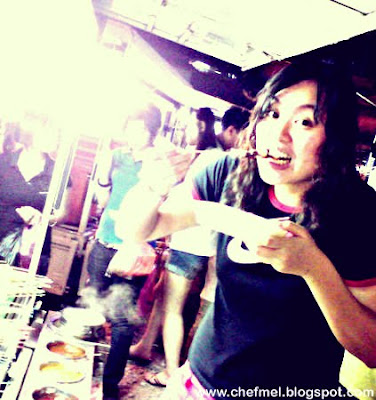 12. What did you get really really really excited about?
Meeting TL* , having him picked me up from the airport and spending time with him. Of course this does not mean when it happened, it was as good as the excitement was. :p

b) Happier or sadder? I would say, still the same.

15. What do you wish you’d done more of?
Socializing.

16. What do you wish you’d done less of?
Thinking too much and taking unnecessary precautions. Playing safe is not exactly the answer to everything. This bad habit of mine made me lose a lot of things that should have been mine easily.

17. How will you be spending Christmas?
I've always believed that Christmas is reserved for family. So yes, like always I will be spending my Christmas in Kuching with my family.

*** This is quite lengthy but this is a part I owe me. I promised myself once I am fully recovered, this will be on my blog. I initially planned to dedicate a whole single post for it but decided not to as a lot of details will be too personal but here's a brief one. 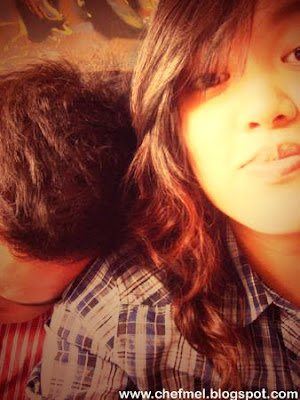 Back to the question: Yes, I almost fell in love. He's extremely handsome, a pilot to be, romantic at heart and has a killer smile. However! He had nothing I would look for in a guy and was not someone I would actually date. You see, I'm a realist. Whenever I am with someone who I don't foresee a future, I waste my time no more. But with him, it was very different. It was almost similar to how I first fell in love eight years ago and I didn't wanna stop. 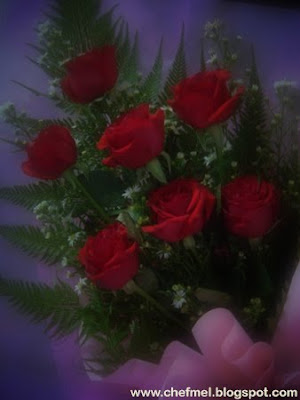 It could be that I was too engrossed in the fairytale he gave but everything felt so damn right! No, we didn't do anything out of the ordinary or too exciting. It was as simple as giving him a morning call or just watching him falling asleep on my lap. As cliche as this may sound, he made me feel like the whole world stopped spinning. It was like a dream - one that I don't wanna wake up. 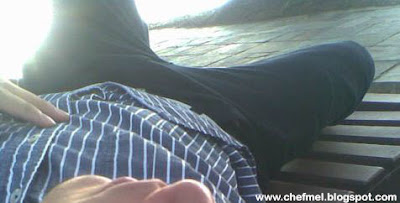 Unfortunately, the clock ruled us. He was three years my junior and while age was never a question for me, I felt like the gap was too huge and I was already a stage ahead in life. For him, he was at a position where he had two roads diverged in the yellow woods and could not travel both. We finally decided that it's a better choice for him to walk the other path and parted ways. It was mutual. No knifes, No fights, No blood. Just a lot of tears when we finally hugged and kissed goodbye. 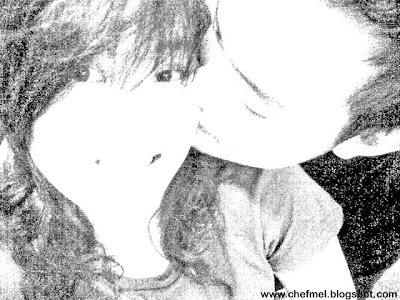 While I did not feel very strongly for him, it stung more than I thought it would be. Maybe because it was unlike any other goodbyes, this particular one has nothing wrong at all. We were two friends happen to have feelings for each other at the wrong time. It has been more than a month. I have since fallen out of the love that I almost fell and him walking far along the road chosen. A huge part of me felt like I was the blame of to why we never progressed more than friends. I was too slow, I was too scared. I let it slip, and I saw it slipped. 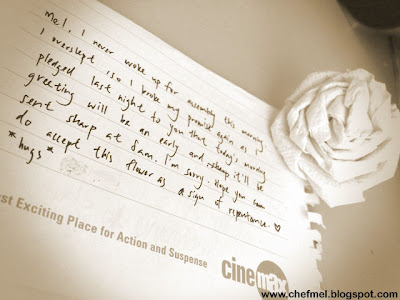 Of course, I would be in denial if I said I didn't miss him. I do. I miss his company, I miss his voice, I miss our morning breakfast with his mother and how his mother would tell me stories about him, I miss his 8 a.m morning messages, I miss his smile and I miss the butterflies he gave. But it doesn't mean anything anymore. I have moved on and this is a story of yesterday! :)

19. How many one night stands?
If zero is a number than zero it is. One Night Stand is not my kind of thing. (I do many nights! :P )This kinda reminds me of something : 22 is the age where I have many people telling me I will be a good wife! Lol 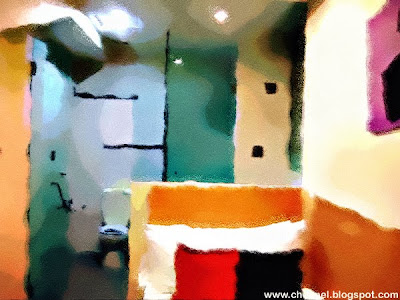 20. What was your favourite TV show?

I'm a TV Buff! The Big Bang Theory, The Bachelor, The Bachelorette, Gossip Girls, The Amazing Race Asia, The Biggest Loser and for a while, Glee.

21. Do you hate anyone now that you didn’t hate when you were 22?
Nah.. I might not like a person but it never get to a point where I hate them.

I really like Elizabeth Gilbert's Eat, Pray, Love and I find Losing My Virginity by Richard Branson to be extremely inspiring. My real favorite is this book by a local writer. It was a great hindsight of what we do not see as a passenger on board. 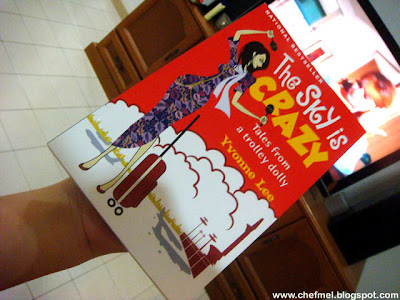 23. What did you want and get?
A chronograph watch with black leather strap. 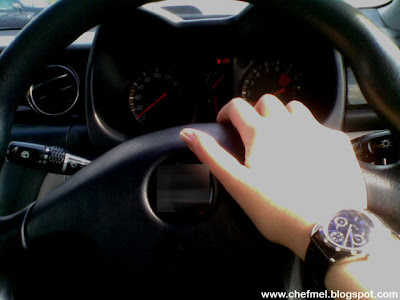 25. What was the best gift you received when you were 22?
It was this wing pilots get when they completed their first solo flight. Priceless. 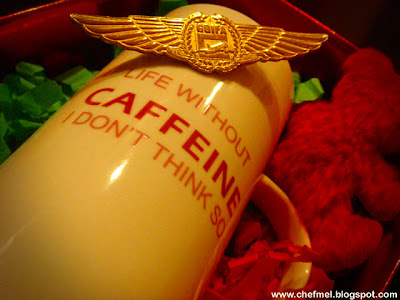 26. What did you do on your 22nd Birthday?
I celebrated it with some close friends in Hilton. My all time favorite coffee place. 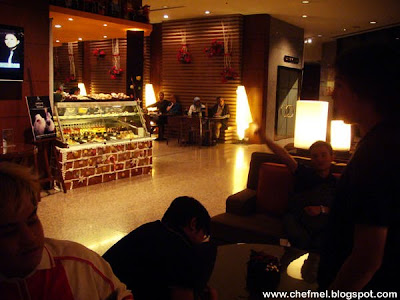 27. What one thing would have made your year more satisfying?
Getting my dream job!

28. How would you describe your personal fashion concept when you were 22?
Slightly better. Haha. I think towards the middle of the year, I bought a lot of new clothes cause I no longer fit into my old clothes.

29. Who did you miss the most when you were 22?
I think it was when I was still (friends) with TL*. It was insane! I would wake up, heart pumping as fast as a Ferrari car on the track missing him like crazy. I loved waking up to his bed voice. Having said this, please note the past tense. :)

30. Did you treat somebody badly while you were 22?
I would say I didn't but who am I to judge myself? So whoever I did mistreat, I'm sorry.

31. Did somebody treat you badly when you were 22?
Yes, my ex boss. But thanks to her, I had an eye opening view of how working life is.

32. A valuable life lesson you learned when you were 22.
That when you truly care for someone, just seeing them happy means more than anything in the world - even when you're not physically there with them. :) 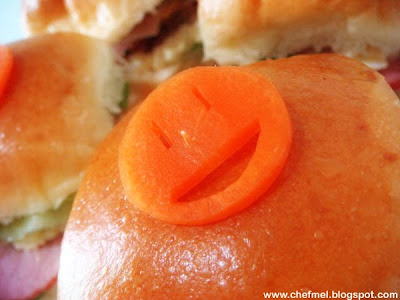 Yesterday was the last day of me being 22. I'm 23 today and I look forward to exploring and discovering many more great things ahead for the next 365 days. :D

BEST blog post ever..
loved every bit of it as it came from ur heart.
u have grown so much from last year and i'm so proud of u!
i could never mutually do what u did. if i loved i would dive right thru without having a brain. thats why i get hurt more often. ur a smart girl and i hope u did the right thing.
miss u so much mel!
my boyfie still waiting to bring u eat 1 am chap fan! haha

Life's rough but also beautiful in its own way. Good to know that you're looking at it optimisticly. Happy 23rd Birthday, Melanie! May this year brings your more happiness and blessing to your way. God Bless! :)

This is.. a very very nice post to read. :) U've been thru ups and downs, and I was touched by ur lovestory too.

Happy Birthday Darling! This post is really meaningful and awesome! You lead a life of ups and downs :D

SandaC : Hahaha! Thanks. Maybe I should turn my blog into an emo blog and write all this emotional stuff. Hahaha! I miss you too and I can't wait to go Penang again to eat the chap fan!

Audrey: this is the first time of you commenting eh? hahah thanks for reading and thanks for the well wish. :D

Rachel : Oh yes, Life's a roller coaster they say! Thanks for the wish! :D

Aud : Thanks for reading! Keep on reading :P