How to Cook Chicken Porridge

It's a myth to say that porridge is only for sick people. I love porridge! (but strangely, not when I'm sick) and it's one of the many food I really, really miss when I'm away from home. 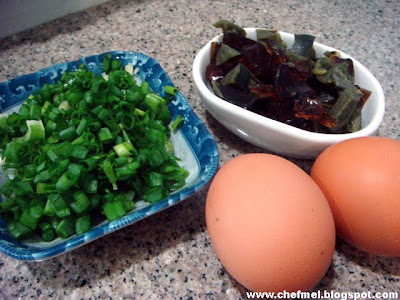 Porridge is a dish that takes a lot of time to cook yet the process of cooking it is very easy. All you need is century egg, egg and spring onion. 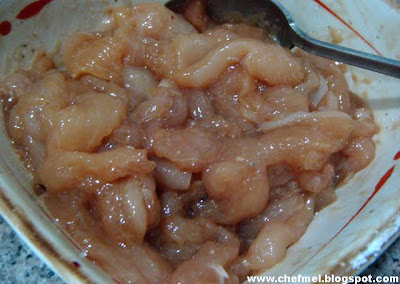 Since this is a chicken porridge, you'll definitely need chicken on top of the plain porridge that is pre-cooked in rice cooker. The strips of chicken thigh is marinated with sesame oil, mono sodium glutamate and light soy sauce. 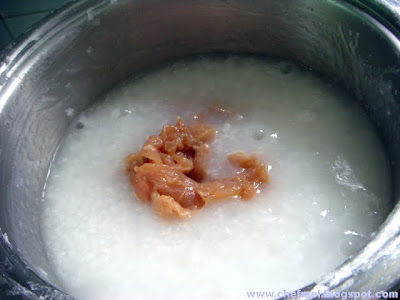 It's a lot easier to pre-cook the plain porridge in a rice cooker because you don't actually need to keep an eye on it. Unlike when you cook it in a pot from scratch, you'll have to constantly add water and what not.

Later, move it in a pot (or you can just cook it in the rice cooker) and put the chicken in so that the natural flavors of the chicken will infuse in the plain porridge. Then, let it cook till the consistency you favor. 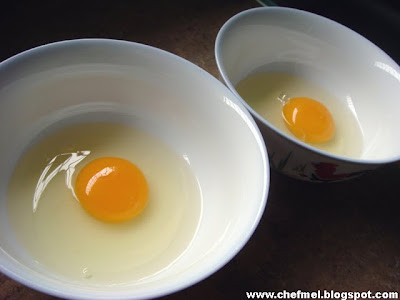 Once the porridge is almost ready, put in the roughly chopped century egg. Just when you are about to serve the porridge in a bowl, crack the raw egg in it. If you like your egg to cook thoroughly, you can also crack it in the pot and let it cook for a minute or two. 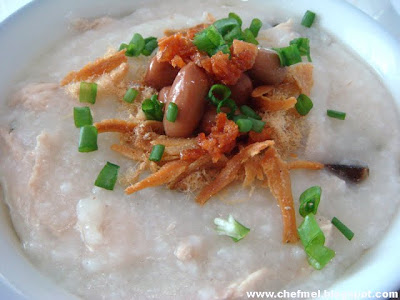 I garnished the porridge with braised peanuts, pork floss, fried anchovies and fried chopped garlic. But if you don't have all these things, just garnish it with spring onion and it taste just as good. :) 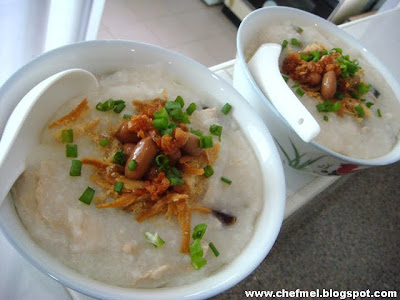 Oh yeah, based on my experience, I have also come to a conclusion (proven hypothesis!) that men never enjoy porridge and I never understand why? Hmmm. And that's the question of the day. :D
Posted by Melanie at 11:49 AM

Baby : But they can have more bowls of porridge right? Hehe

Wen Ni : Yea, I kinda think so too. Since they are supposed to act all men and rough :p

Because men do not like the idea of "eating soft rice"....( you have to say this in Mandarin)

cooknengr : My mandarin is not exactly very good ... so I still couldn't get it. is it "chi ruan fan" or "chi ruan mi" .. both of which I don't get the meaning. If you're still reading the comment, reply k! :)

msihua : yeah, I love century eggs too! ok ok.. i must find a Teochew Guy. Hehehe

But I enjoy porridge what ....

Can I have your contacts?